the sacramento kings were mathematically eliminated from the nba playoffs last night; the 10th year in a row they have not qualified for the postseason. unfortunately for the kings and their fans, the majority of the 2015-2016 season was as disappointing as their dec. 3 game played here in mexico against the boston celtics. they lost the global game by 17 points and the most emotional moment of the contest was the ejection of their point guard rajon rondo. 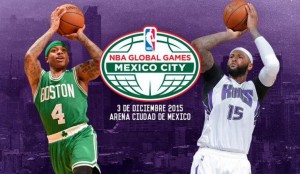 crush gives the indication that the game was not close or competitive.

the ejection led to a one-game suspension from the nba. james ham at csnbayarea.com explains that the suspension stems from (is a result of) rondo

[picking up] a technical for chirping at official bill kennedy at the 6:30 mark of the third quarter. seconds later, kennedy hit rondo with a second tech for staring him down. at that point, rondo lost his cool and had to be held back by his teammates.

pick up in this context means get, receive. chirp is the sound a bird makes. it’s an interesting way to describe rondo’s comments for referee bill kennedy. stare down means look at intensely with the objective of intimidation. lose your cool is exploding emotionally. hold back means restrain.

after his ejection, rondo kept chirping  at referee bill kennedy while teammates darren collison, ben macklemore and demarcus cousins tried to hold him back. u can see jae crowder (celtics #99 )at the beginning of the video too.

unfortunately, when rondo lost his cool, he insulted kennedy based on his sexuality. the headline on deadspin.com said

faggot is an offensive word used to insult homosexuals. it is considered so politcally incorrect (offensive, ethically wrong) that many sites will not even use it when it’s part of the story. for example, bostonglobe.com referred to what rondo shouted as a homosexual slur (insult), a taunt, and the most caustic personal remark he could muster (the meanest thing rondo could think of at the moment). they made no mention of the actual insult, though.

maya angelou’s thoughts on growing up

the boston globe also gave this opinion in their headline

Rondo is not Celtics’ problem, but he still needs to grow up

grow up means that the globe believes rondo needs to mature, act like an adult.

the celtics crushed the kings in mexico (@espnnba)

i want to be clear, from the bottom of my heart that i am truly sorry for what i said to bill. there is no place on or off the court for language that disrespects anyone’s sexual orientation. that is not who i am or what i believe and i will strive every day to be a better person.

from the bottom of my heart is meant to demonstrate a profound feeling or sincerity. strive means work hard. 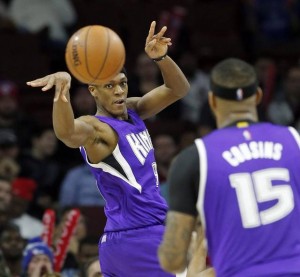 rajon has been the nba assist leader all season. (yong kim-tns)

are u a fan of the nba? did u see this game that took place in mexico? what are your feelings about rondo’s comments and his subsequent apology? share your comments under leave a reply

read richyrocks.com in your language!!

NEW VID!! will smith slapped chris rock back to the 90s