this article by melissa rohlin on si.com, not surprisingly, has a LOT of examples of third conditional-starting with the headline…

LeBron James Weighs In On Which Team Would’ve Won: The Dream Team Vs. The Redeem Team

would’ve won is the first example of third conditional. it’s not surprising to find so much 3rd conditional in the article because it’s the structure used to talk about hypothetical examples in the past. it’s formed by combining a modal auxiliary verb (would, could, should, must, might, may, or better), have and a verb’s past participle. would’ve is a contraction of would have. the first paragraph of the article describes it like this

lebron james discussed how the two greatest men’s national basketball teams, the 1992 dream team and the 2008 redeem team, would’ve fared against each other in an interview with uninterrupted. 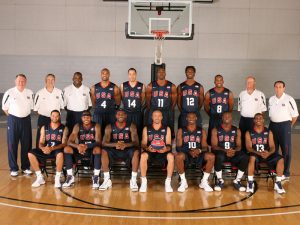 it would’ve been great, that’s for damn sure. i don’t know who would’ve won. i’m going to pick us, obviously, because i’m on that team. but when u got so many good players, man, u never know. whoever got the ball last could win the game.

would’ve been great and would’ve won are third conditional. pick is used to show lebron believes his team would’ve won. u got and whoever got are both reductions of the have got structure. when used this way, got is the same as have/has. whoever means the team that. for damn sure is the same as for sure. damn is for emphasis. damn sure is widely used in song lyrics, like the second verse of the rolling stones classic sympathy for the devil…

the media would likely hype (promote) a game between the dream team and the redeem team as jordan vs lebron, but there was another scoring legend on the 2008 team too.

despite the depth of talent on both teams, james joked that two players would’ve dominated all of the action–“mj and kobe are gonna have their own little game. it ain’t gonna be five-on-five. it’s gonna be one-on-one, four-on-four.”

despite means regardless of. depth is the noun equivalent of the adjective deep. would’ve dominated is third conditional. gonna is a reduction of going too. ain’t is an informal english replacement for isn’t. it’s used in the title of this classic rap by cypress hill . go out in this context means lose or die.

lebron recognized the physical power of the dream team…

one thing about the ’92 team, they had a lot of grown-ass strong men

grown-ass man is a fashionable phrase these days. it means adult. ass is a suffix here and is used for emphasis. lebron is conceding that the dream team, with players like patrick ewing, karl malone, david robinson and charles barkley was bigger and stronger than the 2008 team. 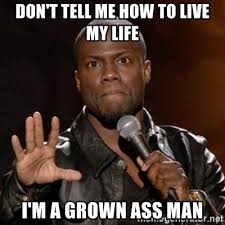 but in defense of his team, james brags…

wiggle is not an extremely common word to use to describe a basketball player, but it gives the idea that lebron and teammates like kobe, dwyane wade and chris paul had the athleticism and agility to counter the dream team’s strength.  maybe something like the moves the wiggles are talking about in this video, but more directly related to basketball.

lebron affirmed the intensity of the redeem team’s practices

we’re literally beating each other up to the point where coach [mike krzyzewski] and the coaching staff were like, ‘okay, bring it in because we’ve still got a gold medal to win.’

beat up means the redeem team practices were exceptionally physical. like is used here to introduce the dialogue of the redeem team coaches in lebron’s anecdote. coaches yell bring it in to gather their players together to talk to them, frequently at the end of practice. in lebron’s explanation, the idea is that the coaches had to end practice to stop the players from beating up on each other. at the beginning of this launch trailer for madden 20, super bowl liv mvp patrick mahomes shouts bring it in three times.

and the article concludes with this observation

james acknowledged that he didn’t know which team would’ve won, but he said one thing is undeniable–“It definitely would’ve been a hell of a game.”

would’ve won and would’ve been are third conditional. acknowledge means recognize. hell of a, sometimes written helluva, is used for emphasis. it’s used in the title of this old school travis scott track.

the english practice extra for the post includes this additional vocabulary:  best of 7,  dickwad, the idiom put on a cap, behind, prime, tight, front court and supporting cast as well as several examples of third conditional.

also listen for examples of get + adjective, yet, even though and though which appear in other posts on richyrocks.com.

what is your opinion on the hypothetical matchup of dream team vs redeem team? share it under leave a reply

have fun, amigos. View all posts by richyrocks

the world is going up in flames. we didn’t start the fire, though

we didn't start the fire by billy joel and the world is going up in flames by charles bradley, released...